My running club offered a history-themed run on one of its usual Saturday runs. It was led by a fellow club member on his own initiative. He proposed it on our FB discussion page and it was wildly supported by us, so he created an Alexander Hamilton themed run because of the musical’s extraordinary popularity. So while I’m not able to get tickets to see Hamilton, I got to see the places where he roamed during his time on earth. This took place way back on Nov 12th, but I’m only getting around to it now.

Ben and I messed up a little at the beginning. We actually showed up to the wrong Trinity Church. We accidentally went to St. Paul (of Trinity Church), which was the third stop. When I wondered why no one else was there, I looked at the directions and belatedly realized that we had to be at the other Trinity Church. Luckily the two churches are only a quarter mile apart.

The first Trinity Church is where Alexander Hamilton is buried, kinda funny to start with the site of one’s burial, but what can you do about it? I showed up to the run wearing InknBurn’s yoga pants that look like jeans. My friends asked incredulously if I was wearing jeans because they really do look like jeans. Next thing I knew, I was being felt up by several hands who had to touch to verify that it really was technical material.

The first three stops we all stayed together as a group because the stops were close together. Once we got to the West Side Highway, we broke up naturally into different pace groups. It was a nice brisk day and I was happy to be out and running. I felt a little differently once we got to Columbia University because 1) I was feeling hungry, 2) I was tired, and 3) OMG, the HILLS! Everending incline. I thought we would never get to The Grange, Hamilton’s home.

The Grange is a pretty cool museum (not to be confused with a restaurant with the same name) that’s a National Park Service Site. It’s absolutely free to visit. There’s a permanent exhibit about Hamilton’s life and history. I learned that calling someone, “You puppy!” was a major insult back then. (Bandit disagrees and thinks this is very species-ist.)

The total run was about 10 miles, although all of our Garmin watches gave wildly different distances because the GPS signal freaked out when we were in downtown. Great history run and I hope PPTC hosts another history run. 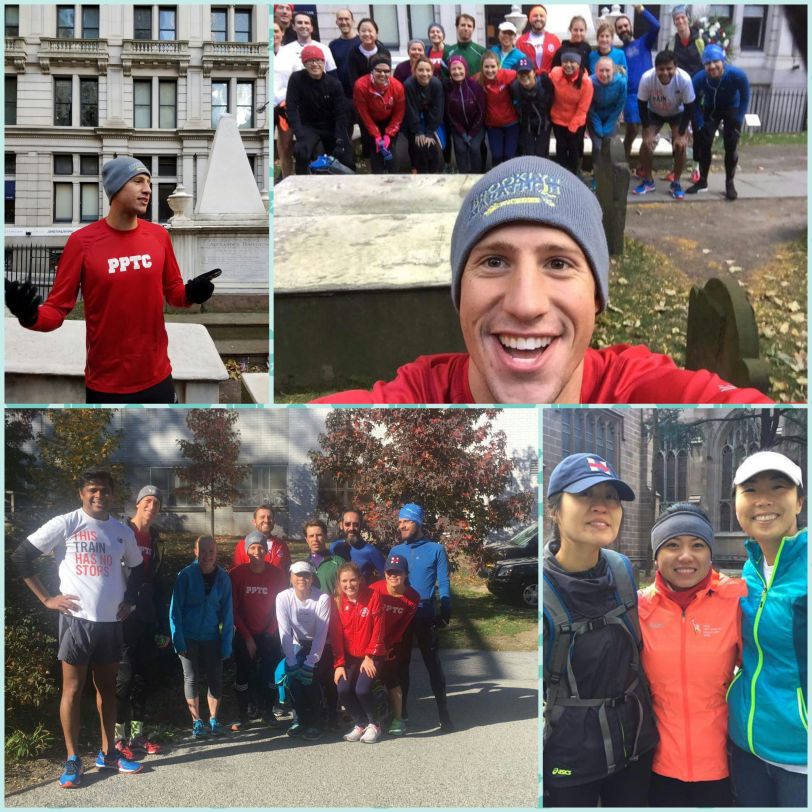 Below is the description of our stops (lightly edited for length and grammar).